Back in 2012, I built myself a custom computer with my neighbor, using parts from broken computers to make a working one. It wasn’t the best computer (AMD Athlon II, 32 bit, 8 gb DDR2 RAM (with only 3.36gb usable due to the 32 bit), 500gb hard drive and an old ASUS motherboard), so during the summer I decided that it was time for an upgrade. After researching which parts would be best, I built my new computer with (intel i5 4690, 8gb DDR3 RAM 500 gb hard drive, and a gigabyte GA-Z97-HD3P motherboard), while taking some other parts, such as the WIFI card and CD-drive from the old computer. Then, wanting a window to show off my beautiful computer, I asked my neighbor if it was possible, and with his help, I sawed a hole in the side of the case, and installed a Plexiglas window, and with the addition of a red LED fan, so that light may shine out of the window, it was complete the full parts list here.

a comparison of the new and old motherboards 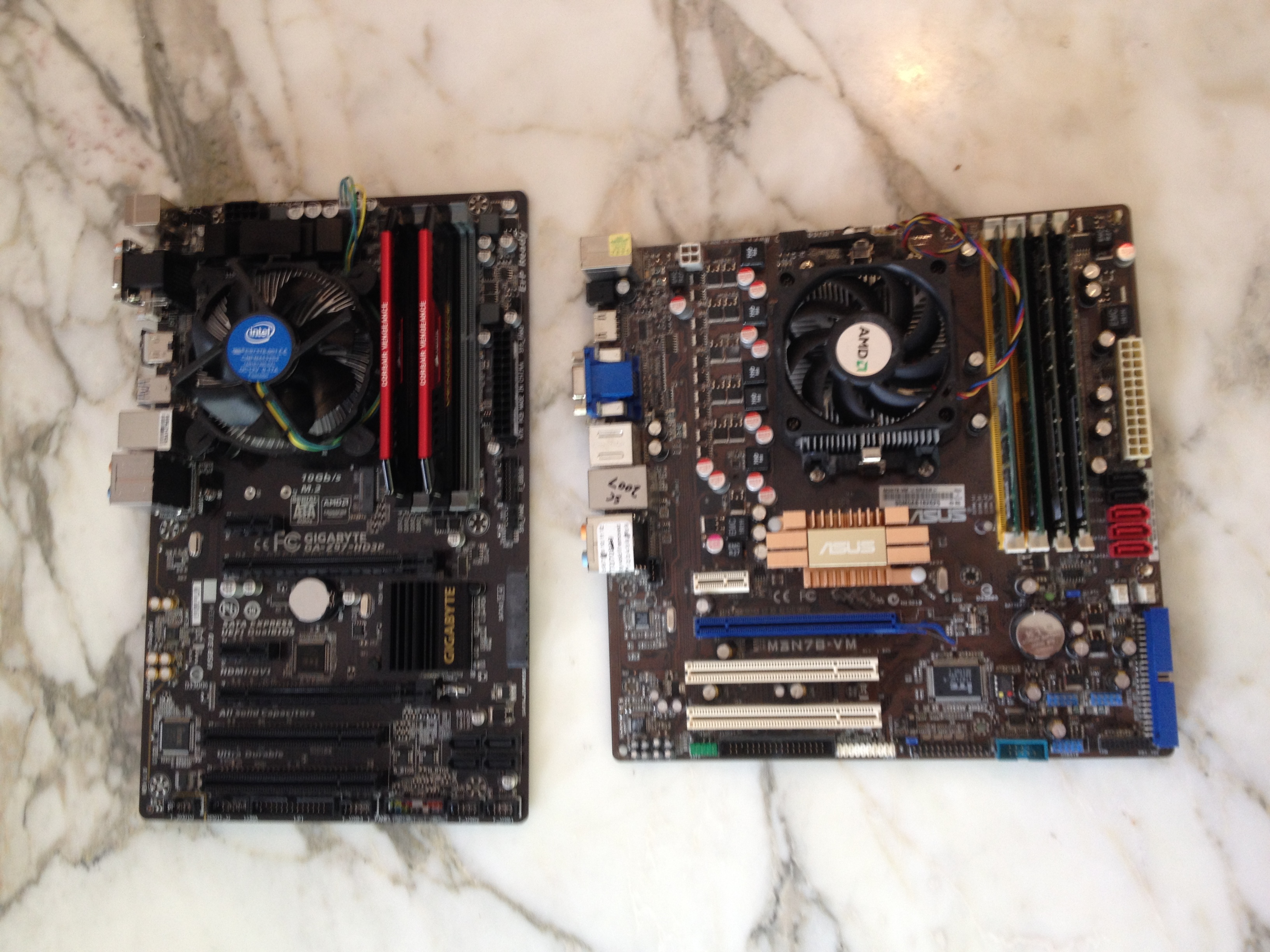 a view of the inside of the case

the inside of the case with the LED fan 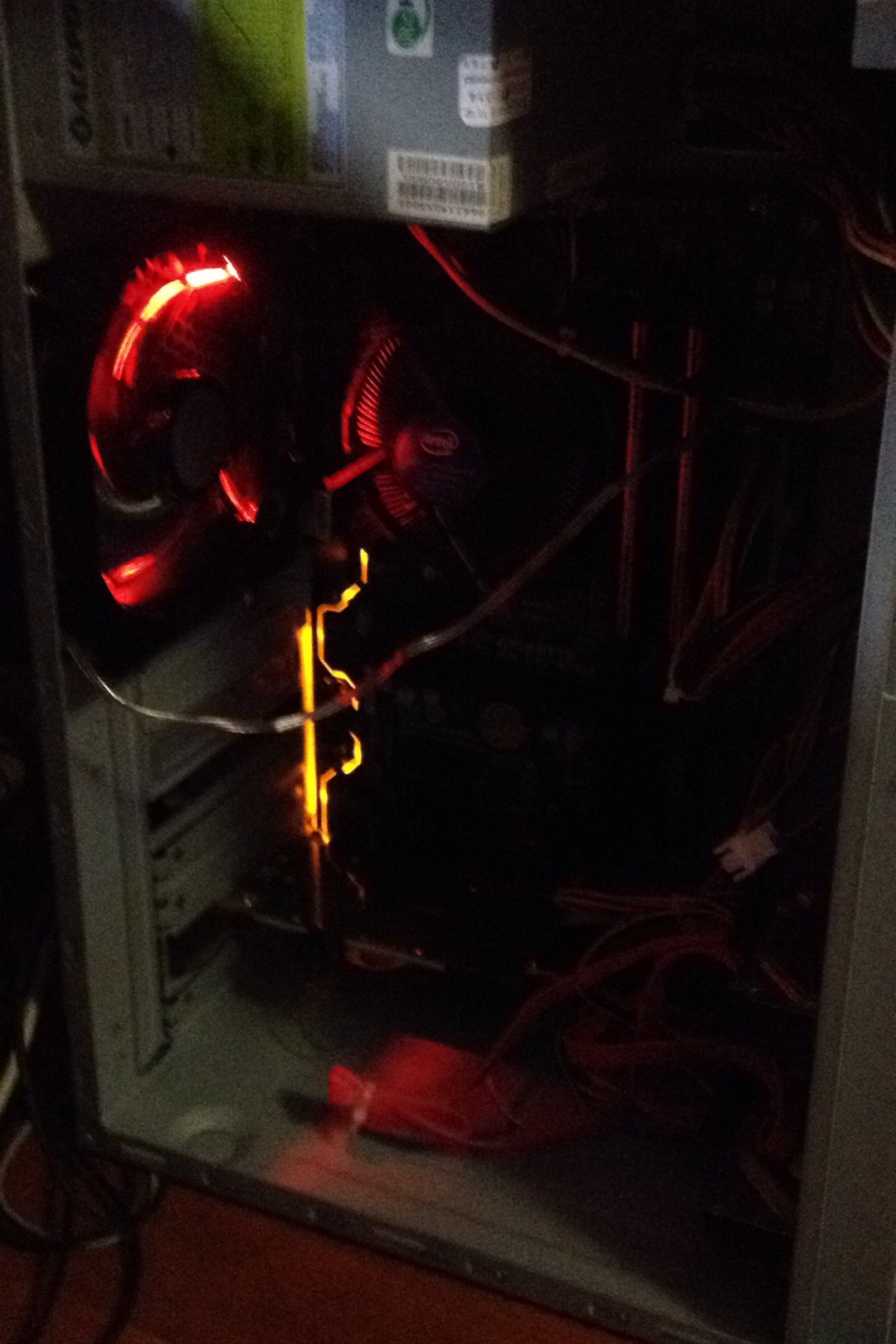